Here are some albums of photographs taken by Airshow Travel customers …

Firstly thank you! What an absolutely awesome week. The wx was stunning until Monday morning when it snowed on the hills … but we were leaving. God loves America and Reno and my new Sony 200-600 lens!!! I had to work at it, but eventually I had my focus and metering sorted. Not easy. Just back last night after we left Reno 7pm Monday night. No Tuesday … arrived home 17:30 Wed eve. Rooted but OK.

We had an awesome week and my mate who had never been to an aviation bash outside NZ said on Sunday evening (in the bar at the resort) “I had dreamed what I hope to see… the whole week exceeded everything”. Yup – I agree. I ate too much (and the scales agree) and drank way too much. Being a Kiwi rocked as usual – from the “you’ve come all the way travelling 30 hours to our country … awesome!” to …

Well we were accosted in the bar Thursday evening by a very nice US bloke. I’m wearing my “Full Noise 35” team shirt – the NZ Yak team that were there the past 2 years but not this year. “You are Kiwis – awesome!!!”.

I said that I’d sent Graeme (NZ Yak owner) a selfie wearing our shirts and hats Thursday from the show… then this bloke called Mike says “Graeme’s team was one of four I managed here last year but I’ve only got 3 teams this year… and no Kiwis ☹. It’s just not the same with no Kiwis in the VIP box”. Yes we were given box seats and pit passes for the week! 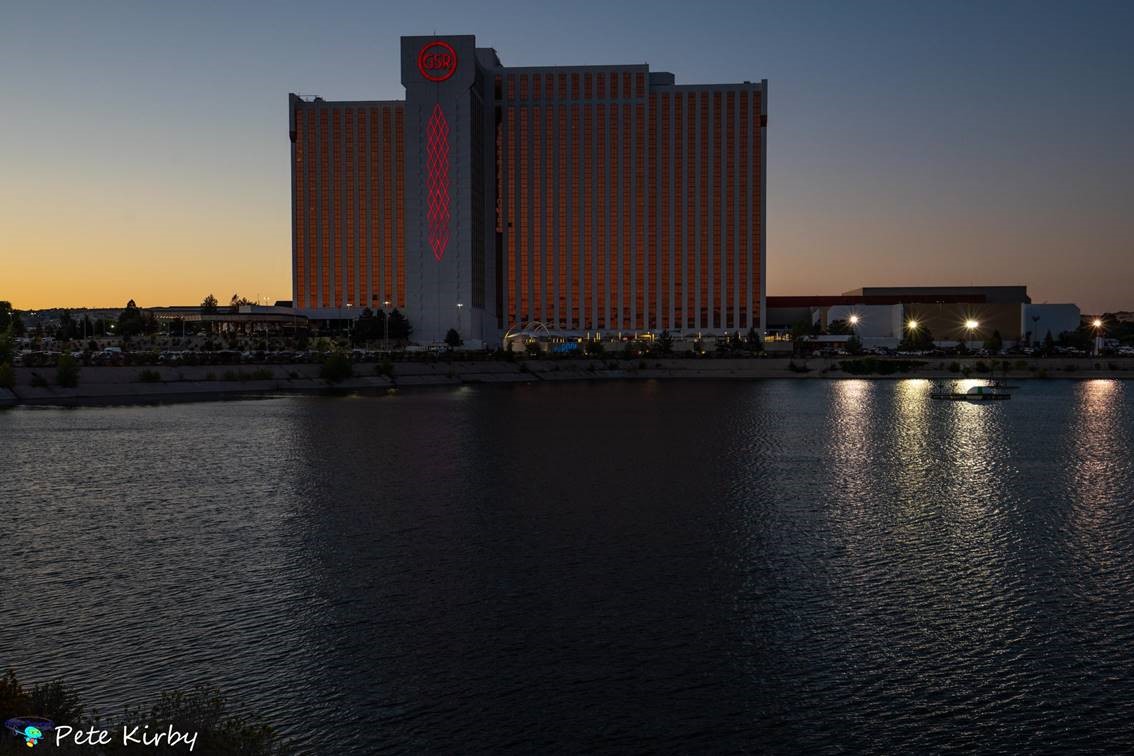 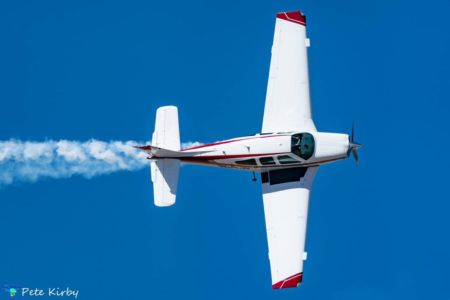 I got back last night and wanted to let you know how well the trip went. You did a fantastic job with the itinerary, which worked like a well-oiled machine. The flights were okay, and the accommodations were just what I had in mind and were good.

There was one minor hiccup — the train for Swindon from London leaves from Paddington Station, not Kings Cross, so I had to do some backtracking on the Underground, but no problem with that. You might also want to know for future reference that there is an express bus from Swindon direct to the Central Bus Station at Heathrow, which is quicker and cheaper than the train. The walk from the Red Lion at Whittlesford to Duxford Airfield took about 45 minutes each way and was quite pleasant.

The airshows were both terrific. The best moment, however, came at the beginning. I arrived at Whittlesford around 11:00 am and walked to the Duxford Airfield the afternoon before the show to catch any arrivals and rehearsals. The weather that day was fine and sunny, and it turned out to be the best day of all. Two P-36s, a Benheim Mk.I, a Lysander, and 3 Mk. I Spitfires all doing their stuff, with no crowds and perfect vantage. I know the histories on these planes, so I was really glad to see them in flight.

The Duxford show was outstanding, despite the weather. I was especially interested in the early W.W. II aircraft, such as the “Blenheim Mk.I” (the Mk. IV that crashed a few years ago and was changed to a Mk. i), the “Lysander,” the two P-36s (one with American prewar markings, the other French), the P-40C replica (was this one produced at Wanaka?) and, last but not least, 17 “Spitfires” including three Mk. Is. All of these flew along with more familiar American types like the PBY-5 “Catalina,” F4U “Corsair,” FM-2 “Martlet,” etc. I checked on the B-25 I worked on with the restoration team at Duxford in the late 70s. It’s hanging in the American Hangar there, which is jam packed with aircraft. It has been repainted, and I’m not too sure about how accurate it is. 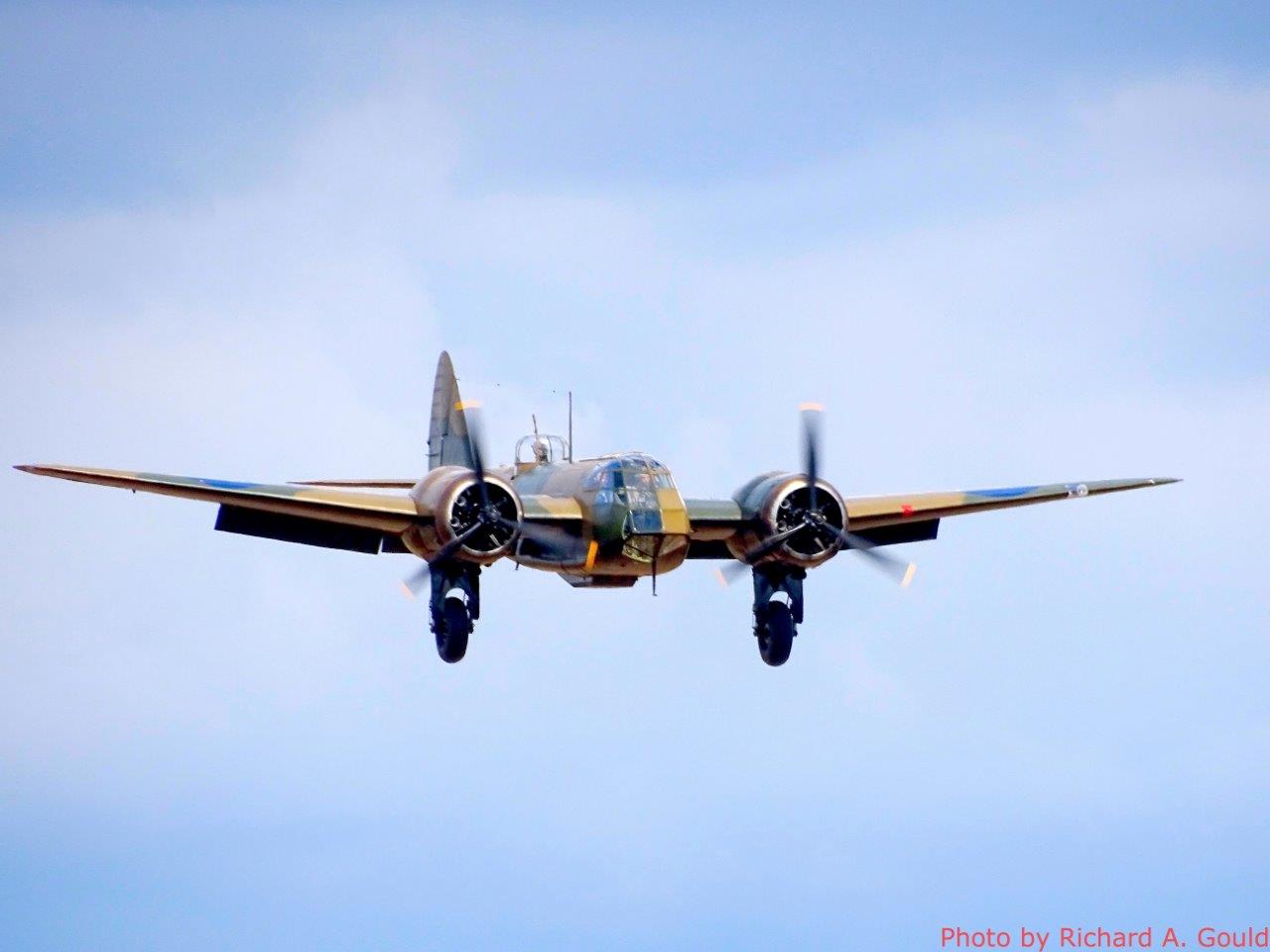 The R.I.A.T show was great, too, although the weather was really bad on the first day (heavy rain, low ceilings, and thunderstorms) — it lightened up a bit on the second and third days. I was amazed to see how many planes flew on that first day. Boy I wouldn’t have gone out in that stuff! The Airbus A-400M was especially impressive, and the Alenia C-27J actually did “lo-show” aerobatics including 90-degree angle-of-bank steep turns and aileron rolls — whew!

Later on the Sukhoi Su-27 put on a fairly mediocre routine, but I was glad to see it fly, and the Rumanians flew their Mig-21bis. The F-35 was disappointing — a fast zoom by the crowd, a midair stop and vertical hover, and then bye-bye. The best military aerobatics were flown by a Finnish pilot in a F/A-18 “Hornet.” I have see F-18s perform many times, but this was the most aggressive display yet. And so on — you get the picture. We had “sunny intervals” during day 3 that helped a bit with the photography and, of course, they had the big European aerobatic teams (Red Arrows, Frecce Tricolore and Patrouille de France). They all flew well, but much of the time the weather was poor.

Again, let me thank you for the fine job of planning this trip. I will keep you firmly in mind for any future trips. especially for airshow activities at Wanaka, Avalon and other Southern Hemisphere locations, and I would appreciate any advice you may have about up coming aviation-related events that might be worth attending. 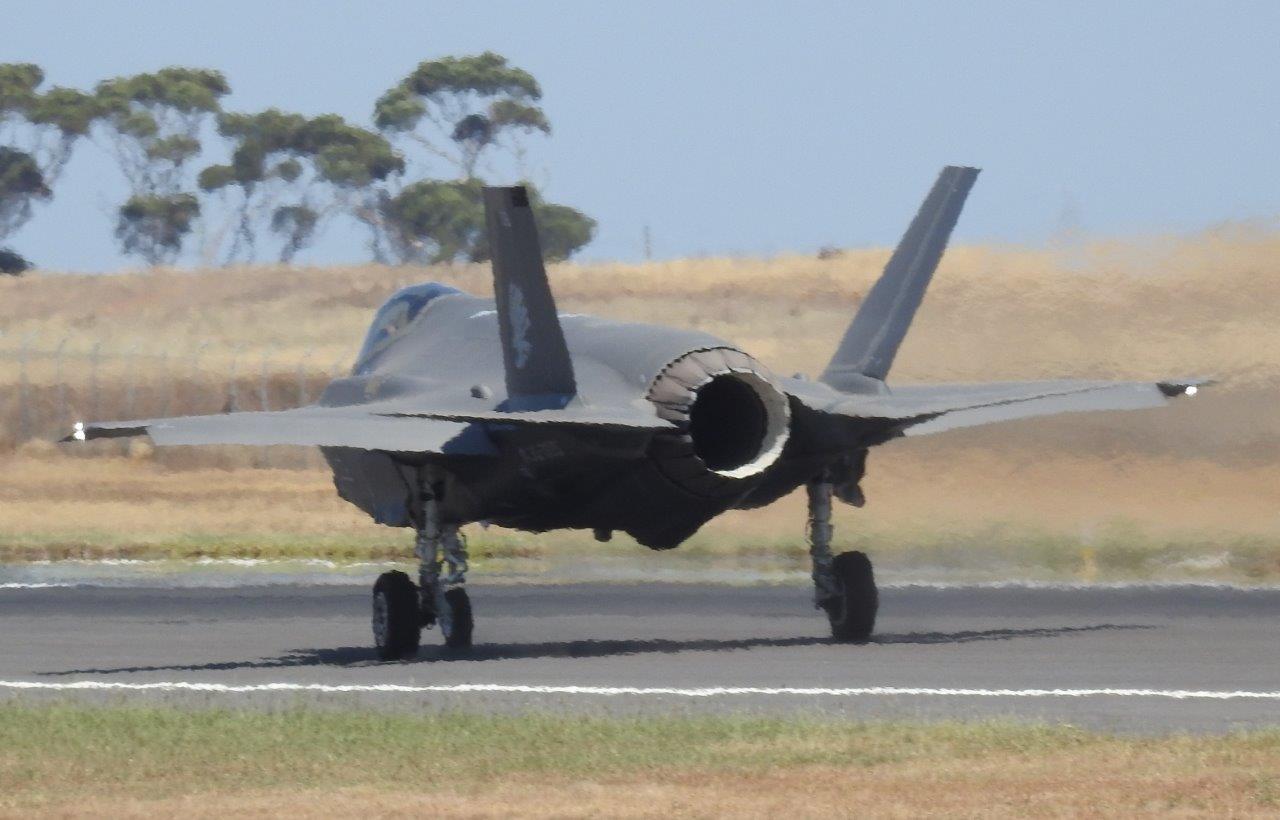 We had a great time. Our arrangements were perfect. Thanks for all your help and advice.

That’s it in a nutshell – Malcolm. 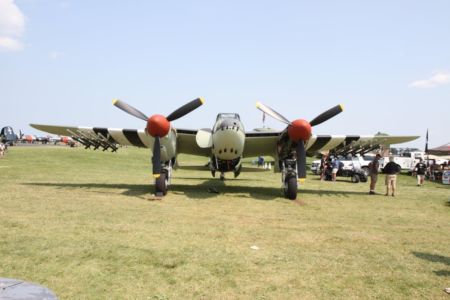 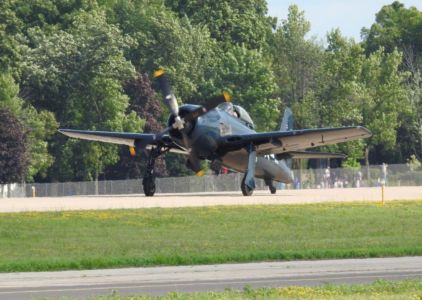 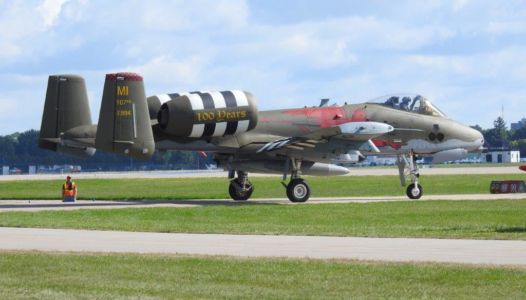 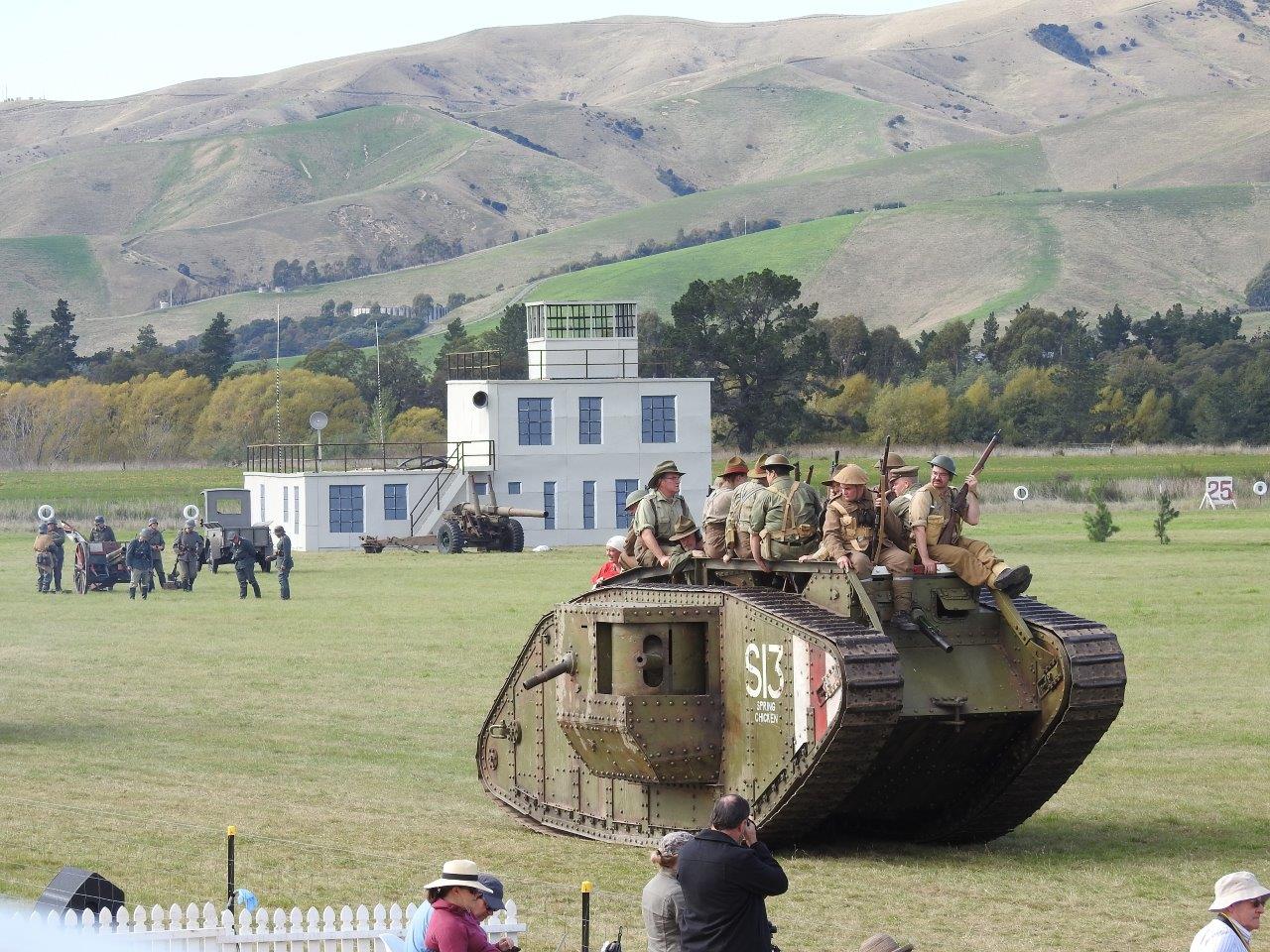 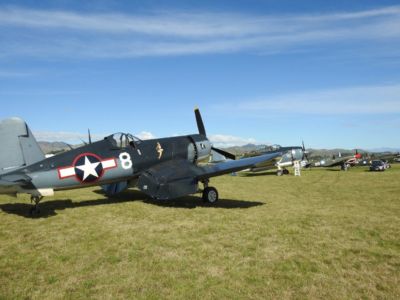