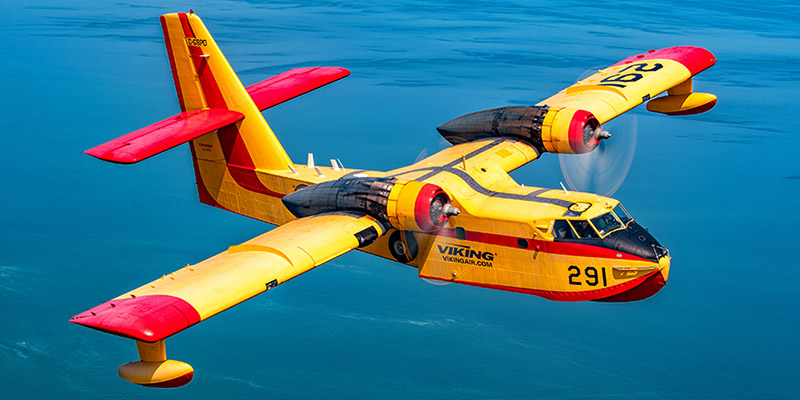 Following on from the 2019 theme of “Year of the Fighter”- 2020 will see the aircraft and personnel of the “U.S. Air Force Special Operations Command” (AFSOC) being one of the highlighted programs at EAA AirVenture Oshkosh 2020.

AFSOC is comprised of highly trained, rapidly deployable Airmen, who conduct special operations missions worldwide. Airmen who undertake Special Operations careers specialize in unique skills such as parachuting, scuba diving, rappelling, motorcycling, survival skills, and more. Aircraft in the command include specialized mobility aircraft such as the MC-130, CV-22 and C-146, Close Air Support aircraft such as the AC-130 gunship, and Intelligence, Surveillance, and Reconnaissance (ISR) aircraft such as the MQ-9 and U-28.

A roster of the most legendary American military aircraft in history, from iconic World War II airplanes to today’s most sophisticated flying machines, will be flying and on display this summer at EAA AirVenture Oshkosh 2020.

The following information is from the 2019 show:

EAA’s activities are being planned in conjunction with the U.S. Air Force Air Combat Command, EAA Warbirds of America, and individual aircraft owners. The activities will take place throughout the week, with some special programs designated for particular days during AirVenture’s seven-day run.

Among the events involving past and present military aircraft are:

EAA is also celebrating 50 years ! EAA is marking the 50th consecutive year of its annual EAA AirVenture Oshkosh fly-in convention in Oshkosh in 2019 with a full schedule of activities for arriving aviators and residents of EAA’s hometown.

The EAA fly-in convention was first held in Milwaukee, Wisconsin, in 1953. In 1959, the event moved to Rockford, Illinois, where it was held annually through 1969 before coming to Oshkosh. EAA moved its permanent headquarters from the Milwaukee area to Oshkosh in 1983.

Aerial firefighting will be a major theme at EAA AirVenture Oshkosh 2019 with support from the U.S. Forest Service and other aircraft operators and manufacturers.

“EAA is pleased to have the opportunity to showcase aerial firefighting and most importantly to give our attendees the opportunity to better understand this important aspect of aviation and salute those that make it happen,” said Rick Larsen, EAA vice president of communities and member programs, who also coordinates AirVenture features and attractions.

EAA will be working with the U.S. Forest Service and other entities to bring various firefighting aircraft to AirVenture to allow visitors to see them up close.

The 2018 show featured the USAF Reserve, celebrating its 70th anniversary and bringing its impressive fleet of military refueling aircraft as part of AirVenture’s “Year of the Tanker.”

The 66th annual Experimental Aircraft Association fly-in convention was on July 23-29 at Wittman Regional Airport in Oshkosh, Wisconsin. Among this impressive showcase was the long serving KC-135, C-5 Super Galaxy, C-17 Globemaster, EA-18 Growler and friends. There were also a vast military showcase of other aircraft including the F-22, F-35, A-10 Thunderbolt, F-16, F-18 Super Hornet, F-15 Eagle, B1 Bomber and more – all which put on some seriously impressive flying displays!

This is one airshow you cannot afford to miss in your lifetime!

Please keep checking back as specials are regularly released.

Prices are based on current fares available, subject to exchange rates up until balance is paid, availability and confirmation of arrangements. All prices are in NZD$.